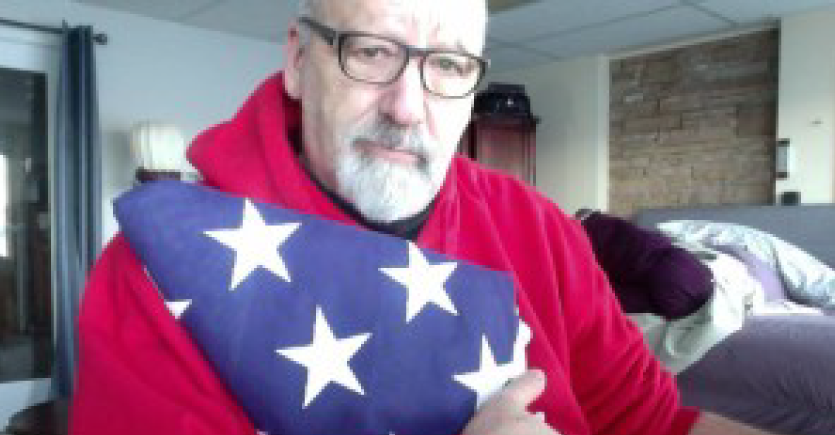 In thinking about Memorial Day today, I once again held the flag I was given in my Dad’s honor. Not until he died, when the mortuary noticed that he had been a vet, was I given a folded flag to honor his service. I placed it in a cupboard at home and when we moved, I loaded it in the trunk of my car, and there it stayed for way too long. Not until a friend, whose son is in the Air Force reminded me of the importance of the flag, and how leaving it in my trunk could easily be considered a sign of disrespect, did I remove it, ashamed. Since that time it has remained safe, where ever I have lived.

Today, being far away from home,  I almost embarrassed myself, forgetting one of the days set aside by Americans to honor those who served and those who paid the ultimate sacrifice . I now have the flag next to me, to honor my dad, and his service. With the computer in front of me, and information so easy to come by, I looked up the symbolic meaning of the way the flag is folded. I never knew. Many of the symbolic folds represent who he was, many do not.

Symbols for the Folds of the Flag
1. The first fold of our flag is a symbol of life.
[Yes, he could buy that. He would say that there are many more, though.]

2. The second fold is a symbol of our belief in eternal life.
[Not my dad. Once gone, that was all she wrote.]

3. The third fold is made in honor and remembrance of the veteran departing our ranks, and who gave a portion of his or her life for the defense of our country to attain peace throughout the world.
[Absolutely]

4. The fourth fold represents our weaker nature; as American citizens trusting in God, it is to Him we turn in times of peace, as well as in times of war, for His divine guidance.
[Not at all applicable to my dad.]

6. The sixth fold is for where our hearts lie. It is with our heart that we pledge allegiance to the flag of the United States of America, and to the republic for which it stands, one nation under God, indivisible, with liberty and justice for all.
[Not exactly. He did love this country, but when it came time to ask tough questions of what was right or wrong, he didn’t hesitate to hold our country to a very high standard.]

7. The seventh fold is a tribute to our armed forces, for it is through the armed forces that we protect our country and our flag against all enemies, whether they be found within or without the boundaries of our republic.
[He’d buy that.]

8. The eighth fold is a tribute to the one who entered into the valley of the shadow of death, that we might see the light of day, and to honor our mother, for whom it flies on Mother’s Day.
[He honored his mother every day.]

9. The ninth fold is a tribute to womanhood, for it has been through their faith, love, loyalty and devotion that the character of the men and women who have made this country great have been molded.
[Absolutely.]

10. The 10th fold is a tribute to father, for he, too, has given his sons and daughters for the defense of our country since he or she was first born.
[He honored his father every day.]

11. The 11th fold, in the eyes of Hebrew citizens, represents the lower portion of the seal of King David and King Solomon and glorifies, in their eyes, the God of Abraham, Isaac and Jacob.
[He might have a hard time with this, card-carrying atheist that he was.]

12. The 12th fold, in the eyes of a Christian citizen, represents an emblem of eternity and glorifies, in their eyes, God the Father, the Son and Holy Ghost.
[He might have a hard time with this as well.]

13. When the flag is completely folded, the stars are uppermost, reminding us of our national motto, “In God We Trust.”
[He might have said, in human beings I trust. If there was a god, why would he let this fucking war happen in the first place?]

With all these points addressed, I take comfort on this day, in the service he and thousands of others gave to their country, especially those who made the ultimate sacrifice.

Rest in peace, Dad. You are always in my heart.

The Day the Darlings Died 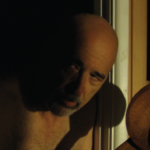 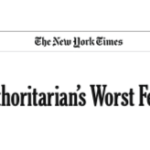